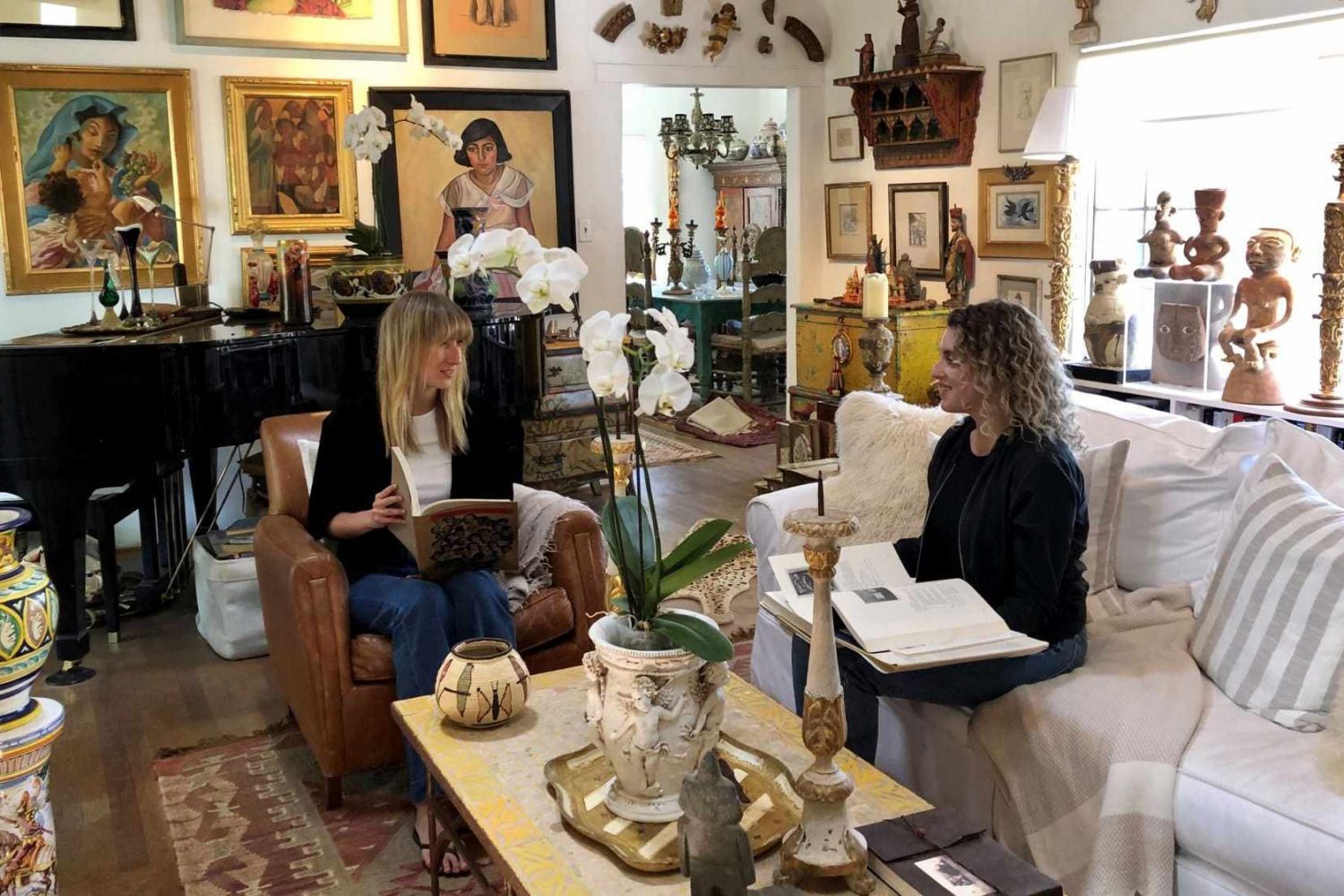 Persistence and passion are the qualities that have shaped Georgia Powell’s art career, the founder of CURA who I met at Sotheby’s “The Art of Collecting” course. When she was five, her grandfather – a graphic designer – read her endless Renaissance art books. For her 10th birthday, he gave her a book on Leonardo and she dreamt of seeing the Mona Lisa. For her 16th birthday, she went to Paris and did just that.

At school, she spent all her money on art books and her first break came when she doggedly followed up a chance mention by the bookshop owner that her daughter had had dinner with “a man who works at the V&A”. She eventually landed a placement with Eric Turner, Senior Curator of the V&A’s Metal Work department.

“Eric showed me the vaults at the V& A and said, ‘I need help cataloguing this collection’. I owe so much to him”, she tells me.

While studying History of Art at Warwick University, Powell worked in local galleries and, six months after graduating, called into London’s prestigious Redfern Gallery. At 21, she took over the job managing the gallery’s accounts, artists, the framing and conservation services and – most importantly – the directory of works and putting on exhibitions. “I was sent to auction to bid on works as a 21-year-old,” she recalls.

Powell then worked at The Goldsmiths Company, the traditional London livery guild, as a Curator of their private collection of 9000 objects of jewellery, located in Goldsmiths Hall. Powell managed it to the standards of a museum collection while also encouraging greater access for students of jewellery and silversmithing.

In 2019, Powell and her business partner Liza Shapiro, who had also worked at Redfern after studying restoration and conservation at Florence’s Medici Institute, had an idea.

As Powell explains, “In my time at Redfern I would meet collectors who were passionate and well informed about what they were collecting, or well advised in collecting as an investment. But they weren’t getting so much support once they’d purchased the work. We’d go and see things in their homes not stored or hung in the best way.” And so, CURA was born.

What does CURA offer?

CURA offers “museum standard” collections management – through an annual membership scheme – for private collectors. It includes advice on cataloguing, framing, conservation and access. In particular, Powell and Shapiro encourage collectors to exhibit pieces to add value to their collections by building provenance. “If people want to sell [a piece], they don’t often have the information required to authenticate it or have the provenance that auction houses or galleries require.”

They’re not art advisors but experts in after care and, working with Christie’s Education Young Collectors Club, encourage people to start thinking about this much earlier. “Where should I hang them? What frame should I be using that’s going to keep it in its best condition? Do I need to insure this separately from my house insurance, or do I need to itemise it?”

What advice would you give to someone who’s just starting to buy/collect?

“I always feel you should buy with your heart,” says Powell. “Ok, art is an investment. But initially you need to have personal connection. The most important thing is to be informed. Work out what you’re drawn to. If thinking about investment, think about artists that are less well known or haven’t been discovered yet. I think what we’ll see in the next 10 years is a looking back at female artists, especially 20th Century, who’ve been lost to art history, as well as contemporary female artists. Those who are well regarded in art history but were missed in the commercial art world. Like Eileen Agar. Things are starting to change – the Dora Mars exhibition at the Tate shows that. A re-evaluation of female artists: if I were collecting, that’s where I’d be looking.”

MY LIFE IN ART

The Art Buyer partner with CURA for expert collection care and advice.

If ever there was a painting for a quiet sunny Sun

Packing a serious punch 'Red Swarm' will be bringi

We’re back. A whistle-stop visit to West Cornwal

Any cookies that may not be particularly necessary for the website to function and is used specifically to collect user personal data via analytics, ads, other embedded contents are termed as non-necessary cookies. It is mandatory to procure user consent prior to running these cookies on your website.